In this delightful Guest Post, Zai Whitaker describes her experiences of discussing ‘Andamans Boy’ on Skype with the Grade 6 kids of the École Mondiale World School in Mumbai. 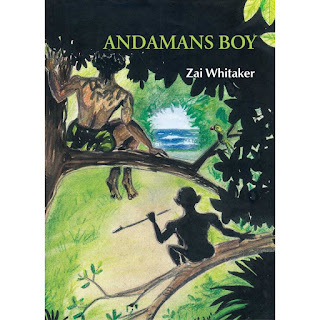 Last week I had a most enjoyable Skype chat with Grade 6 of the École Mondiale World School in Mumbai. One of their English readers is Andamans Boy, and this is the second year we have had this interaction. For me, it was a very rewarding experience because the students’ comments and questions showed that they had understood the novel perfectly, and got the gist in exactly the way I wanted it to be got… which is always a good high for the writer. In fact it was a great relief, because the previous such interaction, with a motley group from motley schools, was simply a long attack on me about why Arif hadn’t returned to the mainland and to his loving aunt and large fortune. They were so far off the mark — i.e. my intention — that I was hard put to find any meeting ground at all, and was finally just grateful to have (sort of) survived with dignity (somewhat) intact.

But this Ecole Mondale group was delighted that Arif had had the sense to run away from home and to stay on with the Jarawa even when he had the chance to return. Very briefly, the story centres around Arif, who — at chapter 1 — is ten, and has lost his parents in a car accident. He is living with a not-so-nice aunt and uncle, who are after the money (lots) he will inherit at eighteen, and have prised him away from his aunt Mumtaz, whom he loves and would much rather be with. To cut a short story shorter, he runs off to the Andamans and ends up in the Jarawa Reserve where he finally finds human warmth and understanding and all that good stuff. 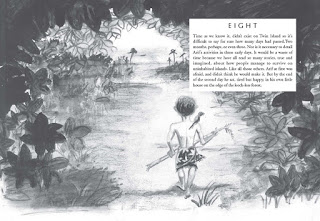 Post-Skype, the question that has stayed in my mind was about how much of me, i.e. Zai, was part of the book. That has got me thinking — way past the skype chat — and actually, there was quite a bit of me in it including the running away from home. One summer holiday afternoon, when my brother was teasing me even more than usual, I packed two pairs of shorts and two shirts and some other sundry necessities, and left home for good. But there was a stray dog at the end of our lane, so I waited for five or so minutes but it had no intention of leaving. So I went back expecting a relieved and rapturous welcome back from my siblings, with promises never, ever to tease again. But they didn’t even notice I was back! And indeed, hadn’t noticed that I’d run away, either.

As for the descriptions of the Islands and Arif’s experiences there, I only had to jog my memory. I have made several trips there, the first two on rickety old ships, just like Arif. The first one was four days and three nights long. And deck talk was often about the Jarawa, and Onge, and Sentinelese. My first landing at Port Blair was also a bit fraught, like his. In those days — the early 1970s — foreigners were not allowed on the archipelago except with a special permit that was pretty hard to get. Well, the ship anchored in Port Blair harbour and a group of cops immediately came up to me and asked for my permit. No no, I said, I am Indian. But your name is Whitaker, said they, that’s not an Indian name. Show your passport. Well, said I, as an Indian I’m not required to… And so on. The outcome was that I was taken to the police station, and told I’d have to stay there for two days until the ship left for Chennai. And I’d be on it.

But a wonderful, unexpected, magic-fairy person turned up and rescued me. That, however, is another story.

Zai Whitaker grew up in Mumbai, in a family of naturalists. She has written novels, stories and poems for children – including Andamans Boy, Kali and the Rat Snake and Kanna Panna published by Tulika. She now lives and works at the Madras Crocodile Bank near Chennai, which she helped ‘Snake Man’ Rom Whitaker set up almost 40 years ago.

Here's a list of books that she’s written for Tulika:

Salim Mamoo and Me

Kali and the Rat Snake