A children's book can transform a class!

A story is entertaining. But it can also hold glimpses of history, geography, culture, art… It can spark discussions from simple, everyday things to more difficult, larger issues. So, what better way to mark Teachers’ Day than by exploring imaginative ways in which a children’s book can transform a class.

Every book has its ‘teachable’ moments. And often they are most unexpected, as Adithi Rao discovers when she used her book Noon Chai and a Story for a creative writing workshop for nine-year-olds with minds of their own and some very eye-opening questions! 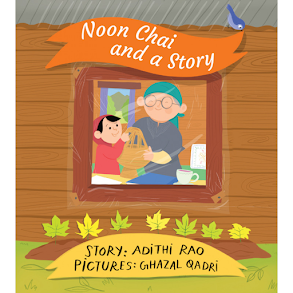 To me as, perhaps, to other writers, writing is an ‘alone’ process. Yet, it is never lonely, for it thrums with lives and spaces so vital and immediate that I am left in no doubt of their actual existence (if only in some alternate reality!).

NoonChai and a Story is a product of my travels through tiny villages in the high reaches of the Himalayas many summers ago, coupled with stories I read about or heard from the people there of a life divided by “a line that nobody could see but everybody spoke of”. The protagonist of the book is Amiya, a young girl of the Dardic tribe, living in the valley of Gurez in Kashmir. This child, like the rest of her classmates, seeks to turn the library-of-one-book in her school, into a library-of-many. 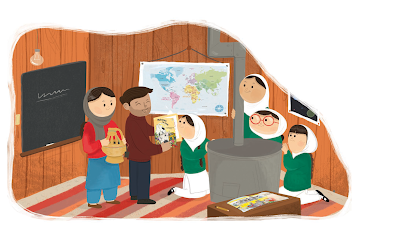 But, how? For, Gurez is a lonely little place with few books, and lots and lots of snow! It is Amiya’s Deidi, her laughing, wise, lovable grandmother, who saves the day. She recounts a story of a husband long separated by a line that was carelessly scratched upon a map one August day in 1947, while he was over at Gilgit trading his harvest of potatoes for the apples that grew there. He never could return, for between him and his home now stood that shadow line guarded by men with guns.

Amiya writes down Deidi’s story, her sister illustrates it, and the pages are stitched together to form the second book to adorn the shelf of the school library! Inspired by Amiya, her classmates too gather stories from their elders over delicious cups of salty pink noon chai. And thus, one homemade book after the other makes its way onto that library shelf over a long and difficult winter…

Noon Chai and a Story seemed like a pleasant, simple enough book to me, one I was keen for children to read. And so, I accepted with alacrity when I was asked to use this book as a part of a creative writing summer workshop for a group of nine-year-olds. Together, the children and I learnt many things. They, that stories may be told in countless different ways. And me, that no matter how it is told, a tale like Noon Chai… can never be simple. 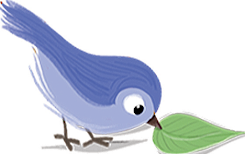 After I read the book out loud to the children, keeping my tones expressive and animated to grab their interest, I looked up expectantly for their response.They gazed back at me, utterly bewildered. One young gentleman opened and closed his mouth a few times before finally exclaiming: “I don’t see what all the fuss is about! Why couldn’t that silly husband just take a flight and come back home to Deidi? People do travel between India and Pakistan, you know?”

I was at a complete loss for words.

“Sounds like that fellow just did not want to return!” he added, in his practical, no-nonsense way.

Another child observed that Amiya and her friends could have just bought the books. “Why go through so much trouble making them?” she shrugged. There were other questions, too, of course. Deidi’s husband, the one who went away, was her cousin. “Who marries their cousin? Chee!” cried some of the other children.

I realised, at that moment, that it was time to step out of my head and join my readers out there in the real world. To view the story from their eyes rather than my own complacent ones.

I took it one question at a time. Well, people do marry their cousins and even their maternal uncles in many cultures across India. It is not a practice confined to any one religion, but a common way of life among many. 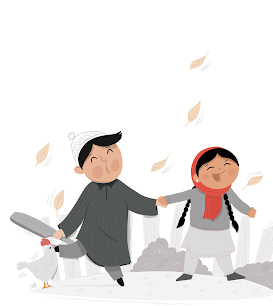 Next, digging up maps of the Silk Road (from the 2nd century BCE to the 18th century CE, Gurez Valley had been the bustling portal into Central Asia on that famous trading route), and the Kashmir Valley of modern India, I showed my students how the line of control cut right through the head of the country, so close to Guerez. I did my best to illustrate the difference between an LOC and an international border, and the implications of each. Together, we explored what it must be like to live so close to that invisible line, marked by guns and barbed wire fences. We tried to imagine the life of a child of Dardic origin, whose world is buried under twenty feet of snow for close to half of every year; children whose education is routinely interrupted by winters, curfews and threats of militancy. Theirs is a world with no internet or phones (smart or otherwise), no malls to shop in or bookstores to browse through at leisure.

Painting such a picture for my students needed me to fully imagine it myself. Doing so was one of the most poignant experiences of my life. After all, the lives of others, when seen through our own realities, will eternally remain beyond the reach of our puny imaginations.

In the workshops and storytelling sessions that followed this one, I arrived forearmed with maps, charts and photographs that would help set the tone of the very layered and complex histories of the people of Kashmir, before venturing to read Noon Chai and a Story. It had dawned on me by then that children live in their own unique worlds, shaped by their socio-economic backgrounds and the cultural ethos of the spaces in which they live and grow. So, I must first gently and completely ease them into the world of Amiya before her story can become relevant and relatable to them. 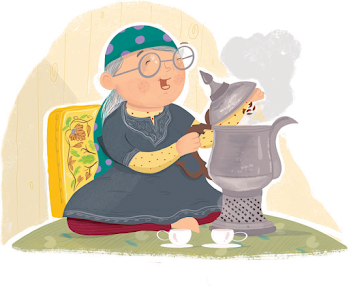 The easy-on-the-eyes, affectionate illustrations by Ghazal Qadri have been an effective counterpoint to the grim undertones of conflict, separation and loss that run right through the book. I’ve enjoyed using them to show bits of artistic Kashmir life to children during my sessions.

That first workshop was something of an awakening. A wake-up call to the aloneness of people, even while we believe that we are part of a common world. My students had been alone in their perceptions of a life made up of traffic jams, international schools and books that can be ordered online. I too had been alone in my assumption that Noon Chai and a Story would immediately transport my readers to the world of the story. The children of the Gurez Valley, living their lives away from the eyes of the world, are alone too. (They probably never imagined that somewhere, a group of people had come together in cyberspace to read and discuss a story about them!)

And in the middle, holding these three Alones and bringing them all together across time, space and cultures, is a book, quietly telling its tale. Perhaps this, then, is the power of the written word…

Quite at the other end of the spectrum, I sent a copy of the book for the children of Muskaan. An NGO based out of Bhopal, Muskaan works with children of vulnerable slum communities that do not have access to mainstream education. Accompanying the book was, of course, out of the question. Amiya would have to go forth and tell her story the best she could. To my absolute delight, I was later informed that the children loved the book. ‘Amiya is just like us!’ they said. ‘We make our own books too!’ 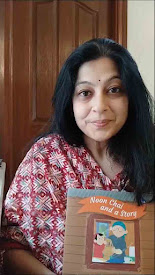 Adithi Rao has written seven books for children (one of which - Candid Tales:
India on a Motorcycle - made it to the Parag Honour List 2021) and short stories for numerous anthologies.
She was assistant director for the Hindi film Satya, and the rights to her film script, Baraf,
have been sold to Aamir Khan Productions Ltd.
She is currently scripting a play for Katkatha Puppet Arts Trust.
You can find her at adithirao.com.