My Name Is Gulab: Interview with author-illustrator Sagar Kolwankar 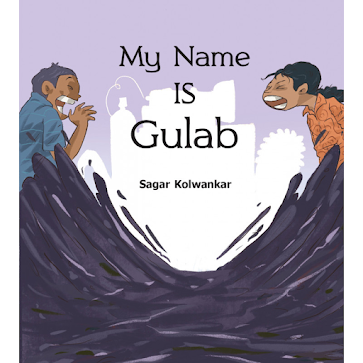 How did the idea for a story like My Name is Gulab come to you?

I'm a visual person. A picture says a thousand words – or rather, a story! That's how Gulab also came to life, from a heart-touching picture I came across where a man was peeping out of a manhole, from the deep murk of a gutter. His personal story was given below this picture. About his family, especially his daughter. About how she stood up for him when some people tried to dehumanise him. She was 24 years old but it sparked a question in my head: How would a child react to growing up with such deep-rooted social issues? And Gulab came to life.

Why do you think it is important for children to read a picture book with the theme of manual scavenging?

We have all grown up taking for granted that some people do manual scavenging. We have normalised it with responses like "It's a job, after all!" or "They can choose to do other jobs, so why don't they?" We don’t think or talk about why only some people are made to do this work – those from the lowest castes, who hardly have an option. It is thrust on them as their ‘fate’. Many of us have grown up unaware of this or choosing to ignore it. And by not talking about such social issues, we normalise the practice even more. I hope to break that silence with this book addressed to young children who, in my opinion, are our hope for change.

Didn’t you think it would be too much for children to understand? 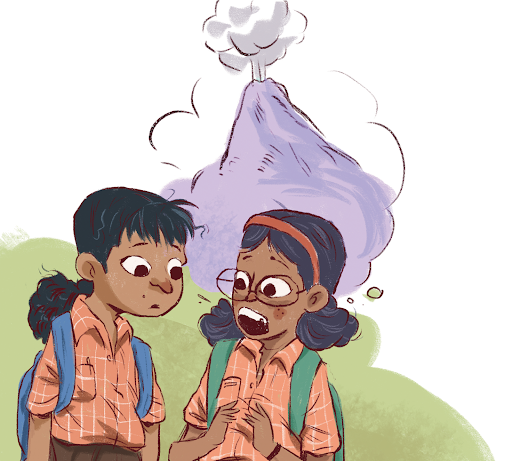 Young children are far more responsive than stone-minded adults. I have seen children questioning their parents about serious issues in society. The answers parents give will shape their minds. If parents lie, the child will believe in that lie. If they hide, the child grows up ignorant of the issue. On the other hand, if we make them aware, the knowledge will lead to empathy. And empathy is the first step to creating a sense of fairness and justice in young minds.

Were you aware of issues of caste, untouchability and manual scavenging as a child?

I grew up in a slum with the manual scavenging community living across the road. Kids used to say you smell to certain children. Apparently they were all from a lower caste. I too had upper caste friends not eating from my tiffin box as I belong to an other backward caste myself.

My old one-roomed house was in a chawl, which was near a big gutter. The whole slum was around that big gutter. We children played there. While playing cricket, the ball would always land in the gutter and we would jump in to get it without thinking twice. In the rainy season the gutter water would come inside our homes. Municipality would not attend to it. So my mother or neighbours would clean it.

I remember some upper caste people who used to live in an adjacent chawl. And used to call out to a man called 'Bandhu' for cleaning the overflowing gutters in their chawl. I never really understood why at that time. But we were told those are rich people and they don't do such jobs. 'Bandhu’ would do it for a minimum wage, as that is what he was supposed to do!

It was only when I grew up that I understood more about how society views these things, that it was not even our “job” because we were not from a caste that cleans gutters. Now imagine the plight of people who are stamped with such jobs! 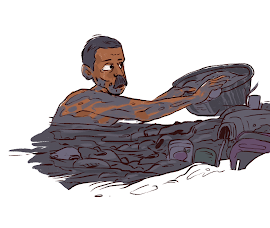 These are issues around which there has always been silence and denial. So to put it out in a children's book is a very bold step, breaking several taboos. Does this worry you?

A lot! I'm not worried about telling the truth to children. Because I feel that after reading such stories with their parents, kids will definitely have some questions. Which is what I want – encourage dialogue and create awareness. Adults are afraid of these issues because it challenges their deep-rooted beliefs. Children on the other hand are not afraid. My worry is that my motives will be misunderstood, that I will be seen as writing about something I haven’t experienced. But such subjects should be talked about and that is what I'm trying to do here.

How did you arrive at the illustrative style for a book with a serious theme like this?

A big thanks goes to Team Tulika. The book has gone through multiple edits and I explored many illustration styles. Finally the current style made sense. It focuses more on the characters and gives them space – that's what we wanted to achieve.

You said you’d like to donate all royalty from this book to an NGO – why?

I write about these topics because I feel it can make a small difference. Even 0.1% is a lot! But I don’t want it to be seen as if I am making money by telling the community’s story. I don’t want that on my conscience. I can do more by giving away the proceeds from these books to educate children from that community and enable them. 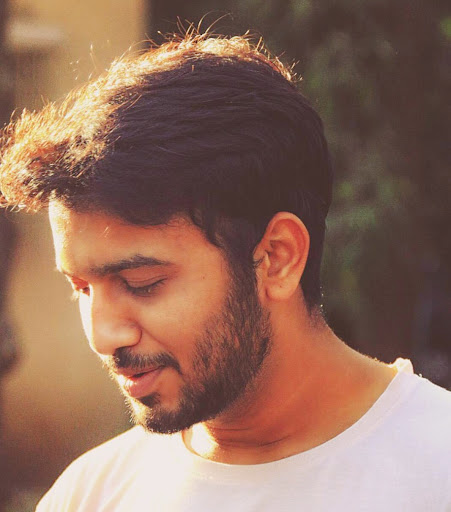 "What would children do?" is how Sagar Kolwankar approaches issues that affect all of us, and expresses them best through stories and pictures. He has a deep interest in storytelling through comics, picture books and novels, and believes that books are the gateway to an imaginary world that everyone should visit often. Sagar's other books with Tulika are the award-winning I Will Save My Land and Red.

Get a copy of My Name Is Gulab today!