I *Heart* Mangoes - The Stories So Far 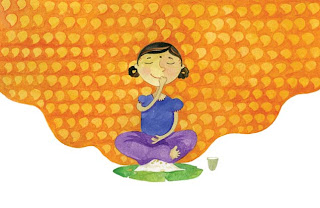 We’ve got some Aamazing responses to the I *Heart* Mangoes blogathon so far!

In Mango Memories, Riti Kaunteya a.k.a Mamma of Twins tells us about hot summers in her grandfather’s mango orchard in Patna, and days that “began with Aam and ended with Aam.”

In An Aam Story, Arthi Anand a.k.a Artnavy writes about sitting in her garden in Vijaywada among her mother’s marigolds and spinach and planting mango seeds.

“It did take me a while to get to the bottom of this fruit, but I'm glad I did,” says Malvika Tewari, in Meri bhi Keri, in which she talks about how she grew to love the much-coveted kaccha keri which grew in her school grounds in Navrachana, Baroda.

Vijaysree Venkatraman sent us this write-up about her summer vacations in Madurai and mangoes that weren't delicious at all:

My grandparents lived in Madurai and we visited them every summer. In the afternoons, I kept my ears open for monkeys. It was as good a way as any to pass time in this place. A distant siren would signal the break for the textile factory and shortly after my uncle would be home for lunch. After he left, the kitchen would shut down briefly. My aunt would roll out the mat and lie down for a while. When I heard that distinct clatter on the asbestos roof of the bathroom, I would always rush to the window. A familiar drama played out each time with minor variations.

They are there! On the roof of the backyard bathroom, the monkeys make their unhurried progress toward the mango tree’s shading canopy. Like a parrot’s beak its green mangoes curve into a red-tinted tip. Even when the flesh ripens to gold within, the skin stays green. Despite the poetic name, the kilimukku, the fruit is a bitter disappointment to my grandmother.

The fruits of this particular tree are stringy and tart and my grandmother has to buy mangoes in the market just like everyone else who doesn’t have a big tree in their backyard. Its delicate brownish blossoms waft to the open tank below and scent the bathwater. Grandmother doesn’t have the heart to have the tree cut down but complains about it at every chance.

The trusty Chetak is parked in the open shed. The two dogs are tied in the corner, too hot to care about anything. The postman came to the gate a few minutes ago. They did not even bark at him. One of the monkeys has reached the scooter and is making a grab at the side-view mirror, which is glinting in the sun. The dogs look on bemused.

Then this monkey joins the group for the feast. Expert but forgetful tasters, they chuck the mangoes with disdain after a few sample nibbles. The pulpy mass rolls down the roof with a muffled clatter and lands with a plop near the shed. The monkeys seem to be aiming the fruits at the dogs. Unable to take the impudence of the intruders, Caesar, the younger one, howls his head off.

Aunt goes charging into the din. The monkeys don’t look worried at the sight of her long bamboo stick. They confer and then make a jaunty exit as if they have much tastier groves to raid. I can believe that. I wonder why they come here in the first place. Surely, they can’t be as amnesiac as all that!

Perhaps, they were as bored as I was and enjoyed a bit of drama in the afternoon.

And Joysree Das sent us this interesting folktale about How Mangoes First Came to India:

Once upon a time there were no mangoes in India. There was not even a single mango tree. Mangoes were only found in Srilanka and that also in the garden of Ravana, the demon king.

When Ravana stole away Sita from her cottage in the Panchavati forest, he kept her in his beautiful orchard called Ashokban where there were many mango trees.Sita sat under a mango tree and wept. She only ate a few fruits that dropped from the tree when ripe, and never tasted anything else.

When Rama won the battle against Ravana and killed him and took possession of his kingdom, his monkey soldiers entered Ashokaban, and feasted themselves on the ripe mango fruits, which they had never tasted before. They threw the half eaten mangoes and the ripe mangoes into the sea, which floated and reached the coast of India. Along the sea coast mango trees grew up, and gradually mango plants were taken to other places of India.

This is how mango came to India. We have to thank the monkey soldiers of Rama for it, whenever we taste the juicy fruit.

Have a mango story you want to share? Read our first post to know what we're looking for and get started! The blogathon closes on Monday, 21st May 2012.
Posted by Tulika Publishers