Authors of 'The Tenth Son' interact with young readers

The fourth graders had insisted on joining the conversation meant for the fifth and sixth graders at Redwood Montessori School. As Ashish tried to explain the word fiction to a child, Ayan shrugged his shoulders and said, “It's make believe. It did not actually happen, except in my head.” The curious child had understood it perfectly. His fellow fourth graders nodded their heads too.

“So you made up this story with demons from the Mahabharata with imaginary fights and they printed it?” another fourth grader asked as the older kids groaned. They knew how books were made and thought it was not cool to ask such obvious questions. “Yes,” Ayan responded. As the implications of this hit the fourth graders collectively, you could almost feel the possibilities pinging around their heads. The jaded fifth and sixth graders also took notice. They had encountered yet another genre of books and got a glimpse into the multitudes that good stories carry. 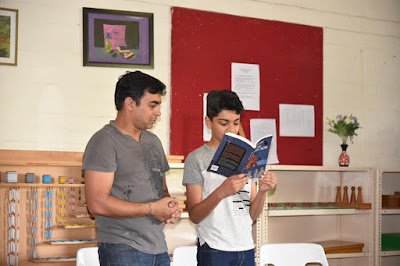 The Tenth Son written by
eleven-year-old Ayan and his father Ashish Malpani is filled with adventures, asuras and enough thrills to satisfy any ten-year-old’s heart. The middle grade fiction was introduced to the fifth and sixth graders at two schools namely Abacus Montessori and Redwood Montessori in Chennai.

From experiences of watching peeing cows on the Indian streets to discussing their writing styles, Ashish and Ayan thrilled the tiny tots with their stories at the launch. A writing exercise conducted by the authors was the major attraction at this interaction.

In this high-speed chase The Tenth Son, the protagonist Advik lives in the USA. He comes to India on a vacation and encounters a thrilling adventure through three worlds, in which myth and reality come together. Many experiences were sourced from Ayan's visits to India during his summer breaks and his exposure to mythological tales.

'Not all Transformers. Only Optimus Prime!'

During one of the writing exercises post the reading, when asked about their favourite characters, children listed out everything from the usual Harry Potter, Percy Jackson, Magnus Chase to the unusual 'Mr. Shark' (From Bad Boys Series by Aaron Blabey). The list also included Superman, Spiderman and Wonder Woman. In an admirable instance in the course of the three part writing exercise that Ashish conducted – an actual, live one legged crow that has become the class's de facto pet was also nominated for the list! 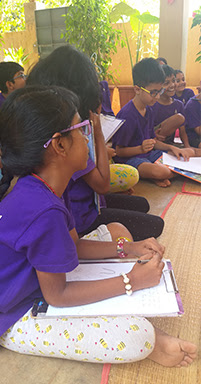 As the next step, children were asked to throw these characters into terrifying situations that would put many an experienced adventure writer to shame. A few snippets from this were crocodiles in Thailand, terror on the Burj Khalifa, and even a fracas in a local mall that was so hair-raising that we were told could not be read aloud! (A peek revealed some pretty good potty humour though.)

Ayan, an avid fan of the Percy Jackson series, wanted a similar pacy adventure story rooted in his culture. Not finding many, he went ahead to wrote The Tenth Son with his father. Similarly, these nuggets of information from the writing exercises held at both schools revealed that little writers are confident and clear about what they like to read and write.

Experiencing the ease with which imagination runs wild among children and their positive reassurance towards books are the highlights of our author interactions. Such sessions makes us expect great things – both from the eleven-year-old Ayan and his audience.

A big thanks to Joanne Saldanhas (@mythaunty) for arranging these special author interactions. 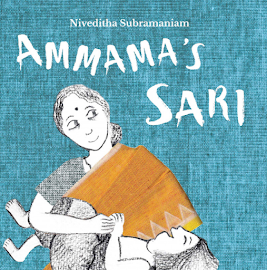 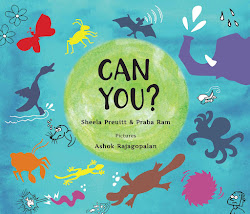 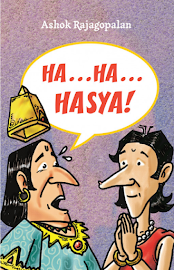 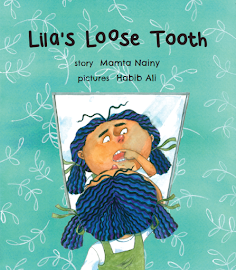