Bal Sahitya Puraskar 2015 for Mayil Will Not Be Quiet! 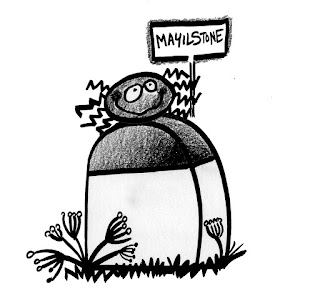 A flower shower for the award-winning Mayil Will Not Be Quiet!, Sowmya Rajendran, who co-authored the book with Niveditha Subramaniam – collected the award from Sahitya Akademi on Children’s Day at a ceremony held in Mumbai. Here is Sowmya's speech:

It is a pleasure to be here today in such distinguished company. Needless to say, I’m honored that the Sahitya Akademi has bestowed this award upon us, Niveditha and I, for our book Mayil Will Not Be Quiet! A book that was rejected by almost every publisher we approached.

Our journey with Mayil began many years ago. Niveditha and I met in Stella Maris College, Chennai, in the year 2003. We were in the same undergrad English class. We became great friends and discovered that we also worked well together professionally. We turned to each other for honest and critical feedback on our writing and fortunately, this only cemented our friendship further. During our undergrad years, we were exposed to some brilliant literary and philosophical texts that revolutionized the way in which we looked at the world. From naïve school children, we grew into young women with a healthy appetite for questioning the status quo. Our training in literary criticism made us go back to the texts we’d grown up reading as children and look at them again with fresh eyes. Many of these texts – Indian and Western - were riddled with clichés, stereotypes and prejudices. Ugly people were evil; stepmothers were cruel; princesses waited to be rescued; princes were always brave; boys led, girls followed…and so much more. Without a doubt, we’d thoroughly enjoyed reading these texts as children, but we had to work doubly hard as adults to rid our minds of the bias and conditioning that we’d inherited with this literature, among other influences.

After graduation, Niveditha went on to do an internship with Tulika Publishers, an independent children’s publisher, while I traveled to the UK to do my Masters’ in Gender Studies at the University of Sussex. At a certain point, when we both had sufficient experience in writing and publishing, we decided to collaborate on a children’s book that would talk about the growing up experiences of an Indian child with honesty. Back then, there were hardly any Indian children’s books in English that were of this genre. We wanted to create a character, a girl, who asks the sort of questions that we wished we’d grown up asking. Not a precocious, annoying child but someone with natural curiosity and a kind of courage that only children are capable of. And Mayil was born. We initially planned on creating a resource book for children with Mayil as the protagonist. We put down the various issues that a young girl, on the cusp of adolescence, faces and thinks about – but we were determined to keep the tone light and non-judgmental. Each chapter ended with a list of open-ended questions for the readers to answer. Or even just mull over.

We approached educators, people in NGOs, people in government organizations, and publishers alike to bring this book out but we were turned down by all of them. Finally, Tulika Publishers responded. They liked what they saw, they said. But would we consider changing the form of the book to a diary? We thought about this and agreed that this made sense – in a diary, Mayil could speak for herself. She would become all the more real and accessible to a reader. And so, the process of rewriting the book began. Since we have a similar wavelength and writing style, we managed to get a consistent tone and voice for Mayil. As we wrote more and more, she became her own person. 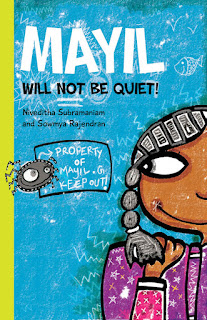 We launched Mayil Will Not Be Quiet on March 8th, 2011. To say that we were nervous would be an understatement. Would adults appreciate the frank depiction of childhood in it? Would the uncomfortable questions we’d raised in the book make parents too uncomfortable? Mayil’s world was unapologetically located in Tamil Nadu – would people from other parts of the country relate to her? Had we been too political correct? Or too politically incorrect? And most importantly, would a child like this book? To our immense relief, the children who came to the book launch took to the book immediately. Boys and girls alike. And in the months that followed, we got great reviews from adults, too. This was all very new and unexpected and Niveditha and I were thrilled. The CBSE even put the book on its recommended reading list! In 2013, we brought out Mostly Madly Mayil, the sequel. I’m not going to lie – ever since Mini Shrinivasan, also a Tulika author, won the first Bal Sahitya Puraskar in 2010, Niveditha and I have been wanting to win it! Not because authors write to win prizes but because an award brings with it validation, recognition, and new audiences who might have never read you if not for it. And then, of course, there is the satisfaction of becoming a part of a distinguished literary tradition. We were both, therefore, speechless with delight when we received the news from the Sahitya Akademi, four years after Mayil Will Not Be Quiet had been published, that our book had been chosen as the winner for this year’s award. It is, beyond doubt, the second greatest honour that we could have received, the first being a child’s unvarnished enthusiasm and acceptance of the book.

Today, I’m very glad that we did not give up on Mayil when we received all those rejection letters. I’m very glad that we persisted, believed, and followed our heart. We’re no longer in a world where children can afford to be silent. They must speak, they must ask, and they must never be quiet. Here’s hoping that more children will get to know Mayil and inherit her spirit to question. We thank the Sahitya Akademi, Tulika Publishers, our supportive families and friends for making this possible. 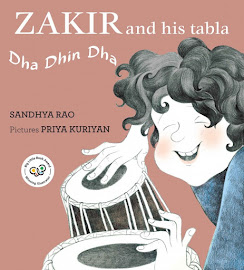 Just a day and a half old, the very first words Zakir hears from his famous father, Allarakha, are bols — rhythms played out on tablas! From then on, rhythms sing and dance in his head, on Amma’s cheeks, on the pots and pans in the kitchen… 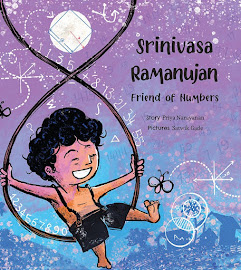 A toddler captivated by patterns to a young man matching the best minds in Cambridge… Following his singular fascination with numbers, this book brings to children the story of brilliant mathematician Srinivasa Ramanujan! 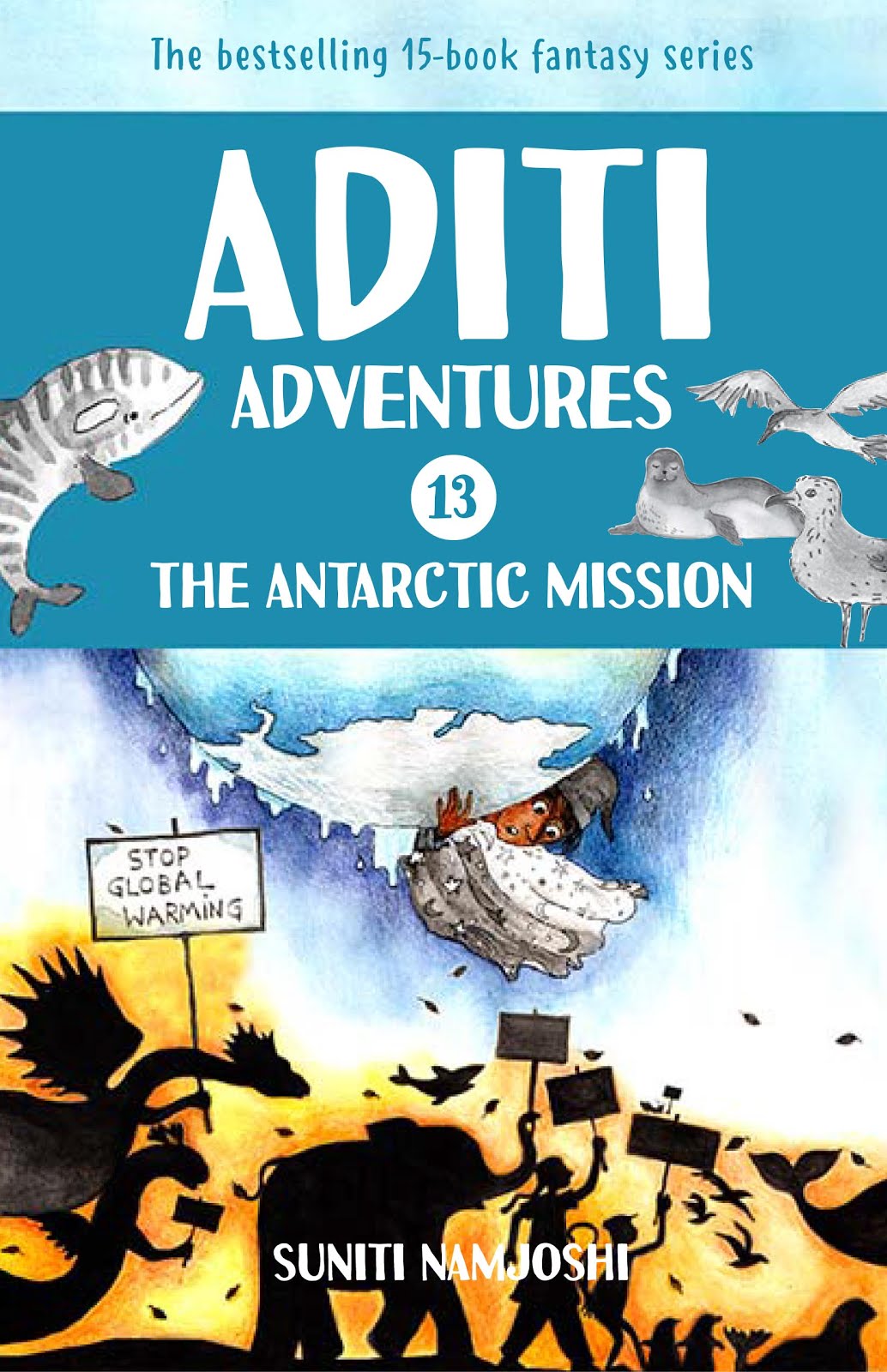 The four, along with the lion cub, are off to Canada with a message for the Techno Sage, who has sealed her island with an impenetrable shield. An adventure with a scientific twist!